Recycling Methods Around the World

Located in one of the greenest cities of the world (San Francisco), we’re constantly asking ourselves why our city has not mastered the art of educating citizens on how to properly dispose of their waste. So we decided to study some of the systems used around the world in order to better understand the ways in which cities approach waste management.

A single stream in full force
Within the Californian City of Santa Monica, all the communities waste is put into one waste bin. This is then hand-sorted by workers at the recycling centre in the cities Industrial zone, which is run by a private company, paid for by tax dollars. This single-streaming process seems laborious, but it has the advantage of focusing the operation in a single venue and eliminates the responsibility of residents to sort out their trash from their recyclables.
Within the center, plastic waste is packed into bales. 4 out of 5 bales are sent by train to companies within the US that transform them into textiles and carpeting. The fifth bale is shipped to China for processing there. Glass is sorted and sold to re-processors and manufacturers locally, and aluminum cans are sold to the Anheuser-Busch brewery in Missouri for re-processing.

Still in test & learn
Along with the booming growth that makes Dubai one of the most rapidly flourishing cities in the world, the emirate also has the unfortunate distinction of generating high amounts of waste. Statistics show that, at 3.7 lbs per capita per day, Dubai is one of the largest producers of waste (after the US…)
To ameliorate their carbon footprint, Dubai has installed recycling systems in various service centers, encouraging participation through their “recycle and win” campaign in 2006. Each time an individual utilizes these units, they automatically obtain coupons that entitle them to participate in special offers and receive discounts for products at the Emirate’s retail outlets.
In the same year, Dubai implemented a law that bans export of all types of waste from the Emirates. This effort has also greatly benefitted companies that produce recyclable and environmentally friendly products in Dubai.
Dubai allows for both public & private operation of its recycling facilities (among the largest being the new publically run Tadweer waste treatment LLC, which has the capacity of receiving and sorting 4000 tons of municipal solid waste per day), and with waste predicted to grow by 16% over the next few years, it will need all hands on deck as it strives to develop a simple and comprehensive way for citizens to responsibly dispose of their waste.

Two recycling bins are used in Paris
White for glass, and yellow for paper, metal and plastic. All other trash is put into a green bin. Council officials claim that two recycling options is the limit they believe Parisians will tolerate. This is born out with a conservative estimate in the city that in every recycling bin collected, seven items will be correct, and three will be un-recyclable and should have been put in the trash.
At a recycling center on the outskirts of the city, workers hand separate items before technology takes over: steel is removed with a magnet, and plastic and cans are kept together, while paper and cardboard are shipped by barge to a plant in Rouen for pulping.
Officials claim that all the separate recycling processes are done within France. France has been a leading pioneer in terms of recycling technology development, so much so that countries within the UK would send their waste to be processed in their centers.

The 7 bin system
Germany is a true pioneer in the field of recycling: one poll suggests that 9 out of 10 householders willingly separate their trash. This is demonstrated clearly in the capital, Berlin, where seven different bins exist for all the various recyclable waste – general waste, paper, compost, plastic/metal, amber glass, clear glass, and green glass. A private company is responsible for dealing with all this, and it uses state of the art recycling plants to do so. Waste is separated by scanners, and packed into appropriate bales by machinery. As with France, Germany claims to deal with all its waste within its own borders. It has long had an enviable reputation as a country committed to dealing with its waste sustainably.
Somehow, this system has not been able to uproot itself from its German origins and make its way to other parts of the world. The mindset of the people combined with the impeccable technology seems to be the winning combination here.

The residents of Madrid have three bins for their waste
Spanish law demands that food and drink companies must pay for the cost of recycling the glass that their products are sold in. This gives a thriving market for private companies to specialize in glass collection, sorting and re-processing.
A separate glass-treatment facility is used outside the city. Here, it is subject to scrutiny by conveyor belts, human hand, magnets and sieves before being melted down and processed into bottles again. Spain leads the market in its glass recycling technology.
Last year, people in Spain recycled more than six out of every ten containers on the market (62%), surpassing by seven points objectives laid down by the EU. Encoembes, the nonprofit charged with managing the collection of plastic, aluminum, and paper, has collected ten million tons of trash in recycling bins since it started it work in 1988. Of these ten million tons, eight million have been recycled, entailing a massive reduction in CO2 emissions and saving nearly nine billion kilowatts of energy (which is the equivalent to the annual electricity usage of 90,000 Spaniards) and 214 million cubic meters of water (the annual consumption of nearly 4 million people).
Looks like Spain has more to celebrate than just their victory in the 2010 World Cup!

These few examples of city initiatives in recycling give a glimpse of what is happening in this field, both in Europe and further abroad. It is clear that where one country specializes in a certain kind of recycling technology, this knowledge should be shared with others, rather than one country exporting waste to another.
Ultimately though, the issue is one that is driven by consumers – if the will to recycle is there, each and every community will find a way to do it. Be part of recycling efforts wherever you live!
Via Recycling Expert
Posted by Green Store LLC at 12:24 PM No comments:

A Brief History of Group Purchasing

Group Purchasing (or Group Buying) is a very simple concept that adheres to the old adage: “there’s power in numbers” –> groups of buyers come together and leverage their size to gain access to large discounts on products or services.
The model originated in the healthcare space in 1910 when the first group purchasing organization (GPO) was established by the Hospital Bureau of New York.
Hospitals purchase a vast array and volume of supplies (just think of the number of gowns, scalpels, etc that they go through), and overtime the GPO model become quite popular within the healthcare space, with ~40 GPOs by the mid 1970s and 100+ by the 80s. (see Wikipedia)
GPOs typically earn revenue from the suppliers they’re partnered with via a small percentage rebate or administrative fee on the total purchase volume of its members. Group purchasing has since moved into the food & beverage industry (e.g., FoodBuy), the retail industry, manufacturing, and more… though even today, the healthcare space is still the best known industry for group purchasing (and even a simple google search for ‘group purchasing’ will show 5 of the top 10 results all related to healthcare).

The New Age of ‘Group Buying’

In more recent years though, a new consumer focused model has emerged out of group purchasing. It’s called Group Buying.

The model was pioneered by Chicago-based Groupon. Groupon offers consumers a massive discount or “deal” each day (typically 50%+ off) on a product, service, or experience. Then, if a certain number of people sign up to purchase the deal it becomes available to all (and if that pre-determined minimum is not hit, the deal does not become available). Groupon (and most copy-cat sites including: LivingSocial, Tippr, BuyWithMe, and about 20 other sites) typically offer 1 deal each day to consumers in a specific geography (typically a city or metro area) who are subscribed to their program. Groupon, still only 2 years old, was recently valued at $1.35 billion dollars(!) and is now in almost every major city across the US. 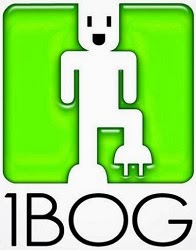 Group buying has also emerged in other less conventional areas – one of our favorites being the group buying program for solar power, 1 Block Off The Grid or 1BOG. 1BOG pools together households in local communities who all want to purchase & install solar panels on their homes. 1BOG then goes out and negotiates larges discounts on solar installations on behalf of all the landlords / homeowners in a given area that sign up for it’s program. 1BOG has a presence in almost 15 major metro areas across the US.
So where will group purchasing go next? Group buying of education? Group buying of real estate? Drop us a comment and tell us what you think.
(Oh yeah, and if you didn’t know, we happen to run an eco-minded group purchasing program as well :-))
Posted by Green Store LLC at 3:31 PM No comments: