Sports Stadiums Composting Across the US

If you are a stadium manager, you should check out this link to the EPA's Green Sports for Stadiums, Events, and Leagues.

A series of sports stadiums across the country have started composting recently (July 2010) thanks to the EPA’s Green Venues Program. The program helps major league & college sports venues green their stadiums and operations across a host of areas, including: energy efficiency, water efficiency, and waste reduction.
We’ve been particularly excited about the number of venues who have since kicked off composting programs. Here’s a shortlist of teams that now have composting programs at their stadiums / arenas: 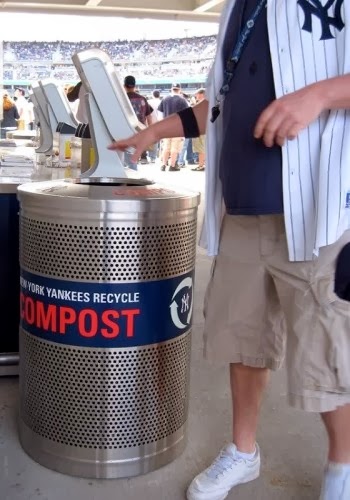 And given the diverse crowds that typically attend ball games, this should translate into increased awareness of composting & composting practices across a very wide swath of citizens.
Are there other sports stadiums & arenas in your area that are composting? Let us know and drop them into the comments.
Posted by Green Store LLC at 2:02 PM