Green Changes Anyone Can Make (Even Your Mom!)

This post is actually inspired by my mom. She rang me up the other day and told me about a whole slew of eco-friendly changes she’s started making in her life. 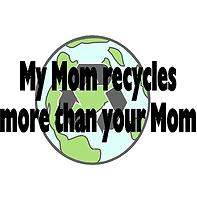 Some of them are incredibly simple and almost all of them can be applied to both your home & office. As such, I thought we should do some sharing. Here it is – straight from a Viv Mama:
Posted by Green Store LLC at 9:53 PM

Should I Use Compostable Products (if my city doesn’t offer curbside composting)?

We recently had a very smart question come through from a new Viv business – Crave Catering + Events – based in Brooklyn, NY. After responding, I thought we should share the response with other Vivers who may be wondering the same thing. Enjoy! 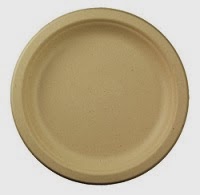 “Are the compostable plates biodegradable…as in if we throw them out and they end up in a landfill somewhere will they biodegrade?
At Crave we currently don’t compost, but we do food recycling. We use a system called bokashi, but we are not able to use that on compostable products… I was hoping to figure out another alternative because I certainly don’t want the plates to end up in a landfill and just sit there.”

The bagasse / wheat straw plates are biodegradable, but in an anaerobic environment such as a landfill they will take significantly longer to breakdown (likely a few years… as opposed to 30 days in a commercial composting system or 90 days in a home composting system).
I’d say a few things:
Posted by Green Store LLC at 7:49 PM

Increasingly products are being made with “compostable” and “biodegradable” on their labels (we should know ;-)).
But here’s the little known fact – the word “compostable” actually means something, and it’s definition is tightly controlled by International Standards… whereas the word “biodegradable” has a very loose, almost meaningless definition.
UPDATE (8/3/2010): Viv Video | “Biodegradable Packaging vs Compostable Packaging – DON’T get Greenwashed”

Let’s talk about it in the context of the new generation of eco-friendly plastics.

So, what is the difference between compostable and biodegradable plastic?

Well, the simplest way to identify a truly compostable product is to just look it up at theBiodegradable Products Institute (BPI) (the leading authority on compostable products).
As mentioned in our post on compostable cutlery that isn’t actually compostable, the long definition goes as follows:
Compostable Plastic“is capable of undergoing biological decomposition in a compost site as part of an available program, such that the plastic is not visually distinguishable and breaks down to carbon dioxide, water, inorganic compounds, and biomass, at a rate consistent with known compostable materials (e.g. cellulose), and leaves no toxic residue.” – as defined by the American Society for Testing and Measurement (ASTM-D6400 & ASTM-D6868).
According to ASTM D6400 and D6868 (and the European equivalent EN13432), compostable plastics must meet the following three criteria: 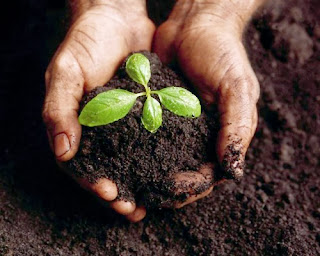 So that’s the standard for “compostable plastics”.
Biodegradable Plastic, on the other hand, is plastic which will degrade from the action of naturally occurring microorganisms (e.g., bacteria, fungi) over a period of time. Note, however that there is no requirement for “eco-toxicity” and no time requirement for the biodegradation of biodegradable plastic.
The ASTM standard for compostability is applied to a range of products, but most typically is found on bags and food service ware, including: cups, cutlery, plastic coated paper items, and even bagasse and sugar cane products.
The rate of biodegradation for compostable products varies based on composition of the product, thickness, as well as composting conditions. Commercial composting systems, where compost piles are turned and typically reach high temperatures, often result in a much faster rate of biodegradation. (World Centric, a compostable food packaging manufacturer, actually has afantastic chart showing high level estimates of biodegradation of their products in home composting vs commercial composting systems.)
In short, the term “biodegradable” is typically a term used to green wash products and make them seem good for the environment.
So, have you ever purchased “biodegradable” supplies and wondered if they actually break down? Tell us about an experience you’ve had.
And next time you’re making a purchase, make sure to purchase products that are certified compostable.
For more information, we suggest the following resources:
Biodegradable Products Institute
US Composting Council
ASTM
World Centric’s FAQ
Posted by Green Store LLC at 2:41 PM

As I’m sure some of y’all know, Sun Chips has recently started rolling out its new 100% compostable bag in Canadian retail stores. Very cool.
I had heard about this a few weeks back, but only recently had a chance to scope out the time lapse video they put together that shows the bag breaking down in ~14 weeks in a commercial composting system that reaches 55 degrees C.
There have been a few different write-ups on the bag (my favorite is Triple Pundit’s, as a representative from Sun Chips answers some tough questions really well in the comments).
I wanted to highlight the video specifically though, as I think it’s really quite fantastic. Check it out:
Straight from Sun Chips:

“As you might imagine creating a window into this environment was a bit tricky. We built a chamber for composting to take place under typical conditions, but replaced one of the walls with a glass window to see inside. While this gave us a unique view into the composting process, it also created some unforeseen challenges. For example, the glass was more conducive to heat loss than the walls of a typical compost bin. To counteract this force, we had to heat the glass so that it would not cause the compost pile to lose more heat than it normally would.
The results were a way to peer inside an active compost pile with a sample of the new Sun Chips film in plain view. We were careful to keep the conditions typical for a well run compost facility – nothing different than natural conditions for heat and moisture. We then set up a camera to monitor the decomposition and snapped pictures every 15 minutes for 14 weeks. The results are self-evident and demonstrate the ability of this film to decompose in a compost bin fairly quickly.”
Love it. Understanding that this is marketing, I’ll be the first to say that it’s really really powerful marketing, and I think it’s quite moving to see the bag breakdown right before your eyes.
A big kudos to Sun Chips for going the extra mile to get this made – I hope it gets lots of great play across the web.
Posted by Green Store LLC at 1:11 PM